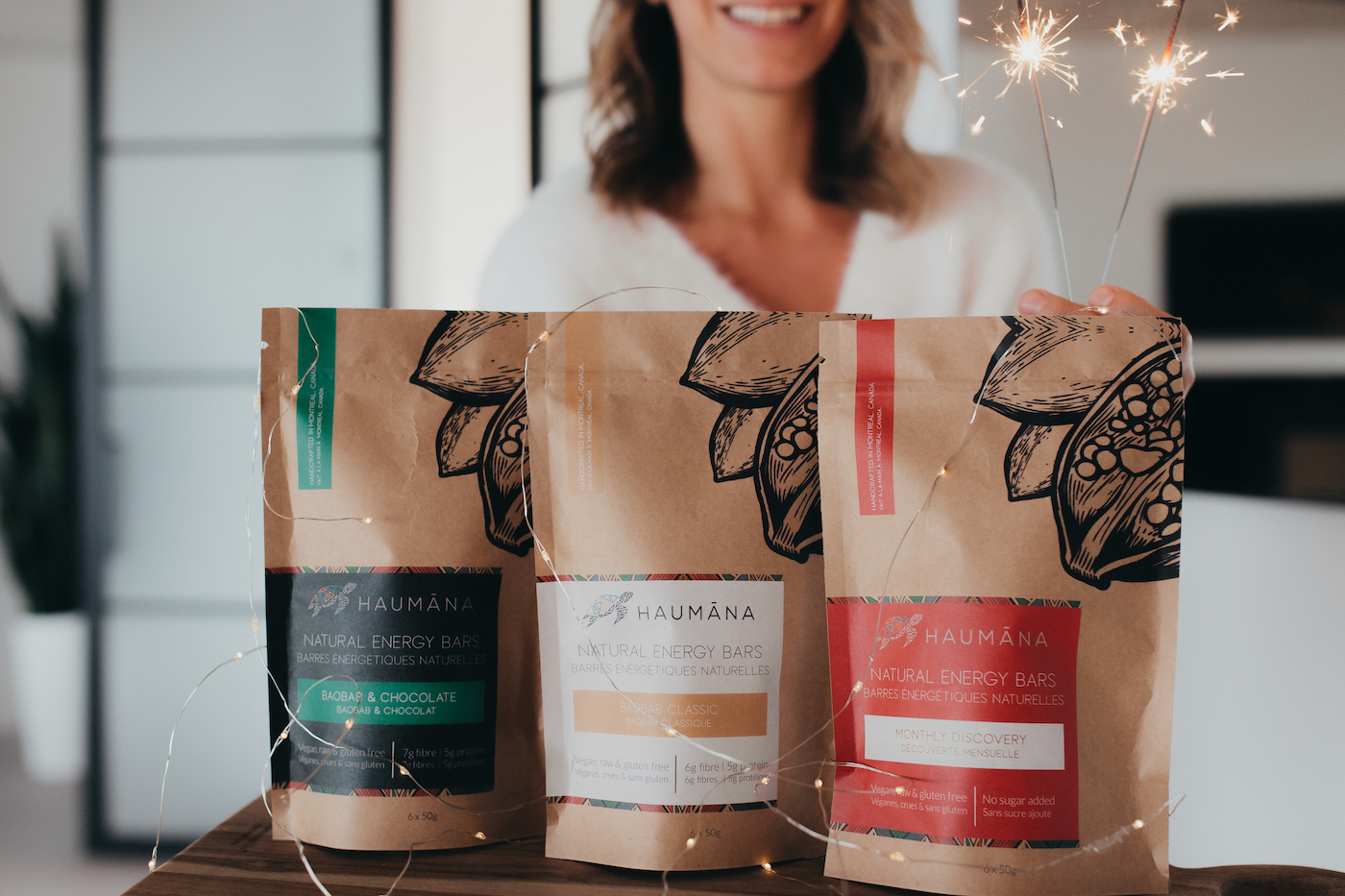 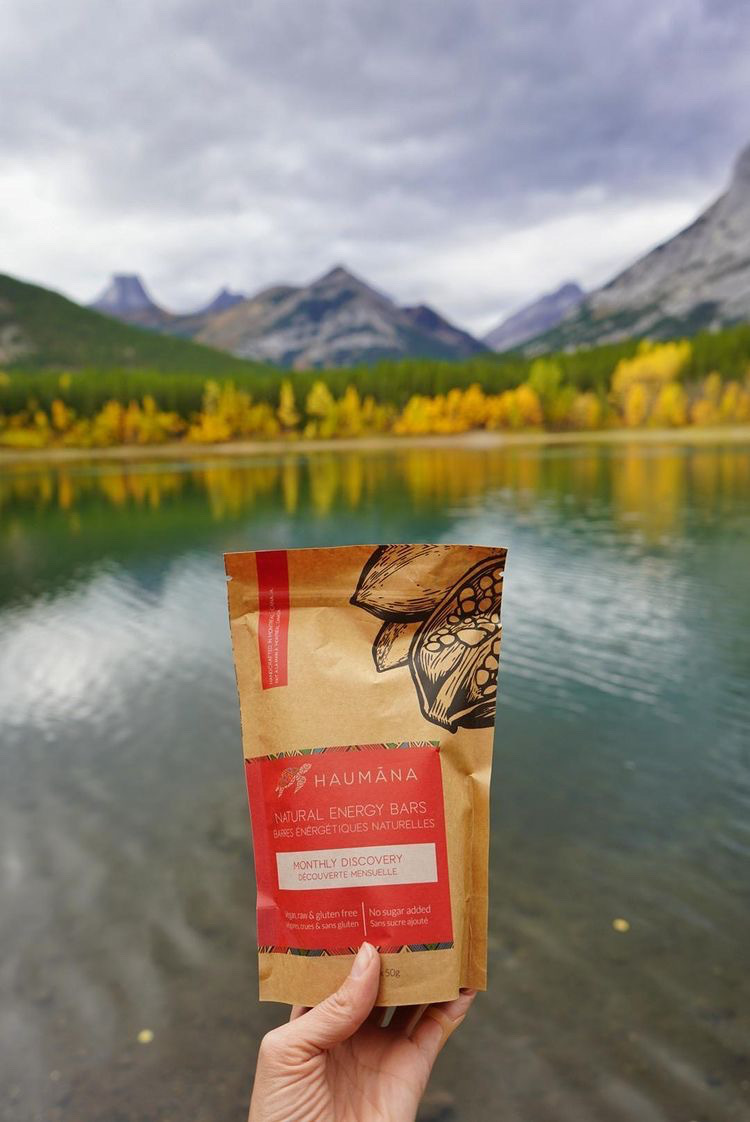 Like any great idea, it all started on a trip, this time to Senegal. Guillaume and Sidi, friends for life, quickly discovered the benefits of the baobab fruit: a superfood rich in natural fibres, calcium, iron, vitamin C, antioxidants and probiotics. It only took a short conversation to learn so much. Naturally, it was the start of a great adventure.

Image via Haumana
After some research, one of their first discoveries was the fruit’s positive impact on harvests from communities in Senegal, specifically on increasing women’s financial independence—for the most part, women are the ones who harvest the fruit. Sidi and Guillaume thought that they needed to share all the baobab’s nutritional benefits with those here, in Canada.
The two friends are both originally from Montreal and their office and workshop are located in Hochelaga-Maisonneuve. Since their debut in 2019, their project has officially become a micro-business five people strong. Their stepping stone into the food industry was the Expo Manger Santé in 2019, which hosted around 25,000 people. They now work mostly online, which is where most of their sales are made. Their main focus is on digital marketing with many social media accounts such as Facebook, Instagram, Google, and the occasional influencer appearance.
They have a large variety of target customers, from a marathon athlete to a mother to an active and environmentally conscious individual. The common theme is that each person has a desire for ethically sourced, fair-trade ingredients. Haumana Energy Bars are vegan, raw and gluten-free. They are 100% natural and completely handmade in Montreal, Canada. There’s no waste due to individual packaging; since 2020, an RT recyclable pouch groups together six of the bars.
“It’s what sets us apart from our competitors,” says Sidi.
“Haumana: The Perpetual Learner.” In Hawaii’s local language, haumana means someone who is always wanting to learn and is always seeking knowledge and wisdom. Guillaume likes to explore the locals’ customs. He went to Hawaii before Haumana was launched, which is where the inspiration for their company name came from.
Their Story

The social impact of this journey is the heart and soul of the project. The goal is to create the best energy bar not only for consumers, but also for the environment and communities. It’s one of the reasons why the duo decided to collaborate with a local cooperative in Senegal made up of 20 craftswomen. The Baobab harvest is traditionally a female activity and since the Baobab fruit is abundant in Senegal, its sale wasn’t particularly appealing. That’s why Guillaume and Sidi buy their Baobab harvest at a fair price for export. The women can then make a profit and support the education of their daughters, who would otherwise have to work as well.
Their first trip to Senegal was during a mission for the NPO where they worked before, which had started a pen-pal program for children with letters coming from Senegal to Canada and vice versa. With the goal of improving local infrastructure, the NPO had raised a significant amount of funds to build a communal library where young children could self-enrol and borrow books. Sidi and Guillaume left with eight other volunteers, their suitcases full of books in order to finish the project and put the final touches on the library. That’s when Sidi’s mother came with some juice that looked exactly like chocolate milk. It was Baobab juice.

Originally roommates, Sidi and Guillaume were faithful energy bar consumers. They quickly realized how many individual wrappers were accumulating in their garbage bin every week and the environmental problems posed by these wrappers. One of their priorities was to find the most environmentally friendly alternative possible. They originally considered compostable packaging.
Right from their first year on the market, they saved 25,000 individual wrappers from landfills. Their second year, they reached a milestone and saved 100,000 wrappers from landfills. Their goal this year is to double this number and be able to eliminate another 250,000 wrappers.
The current recyclable packaging, which contains six bars, can be kept in your fridge as well as your pantry. Haumana thought of everything: you can even purchase a reusable bag for your individual daily bar for when you’re on the go. The bag is made of recycled bottles and produced locally in St-Eustache.
Haumana took home many awards at the DUX Gala Awards: the best food packaging in Quebec for the business size, the best design and the eco-design award. The micro business’s three important pillars are: the environment (the packaging), social impact (the baobab fruit) and health (the bars). aobab fruit) and health (the bars).
Their long-term goal is to further support the cooperative and to research and explore other superfoods in order to expand the Haumana product range. Will this take them to Brazil? The conditions will have to be equally fair. The goal is to help as many communities as possible while maintaining the same philosophy.
Their Products 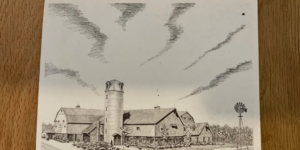 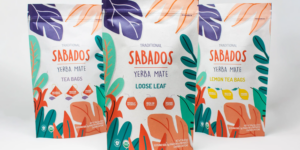 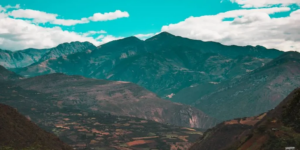